HAHAHA what is with this poster? It looks like Lee Jong-hyun is all too happy to serve his customers laced drinks which killed them, while he has Kim So-eun and Kang Tae-oh as accomplices who just share a cup of coffee by the side. And that is why I used this much more interesting poster instead of the basic ones which focused on Jong-hyun and So-eun. Hahaha! Anyway, I wish I could recap with all the works for even just the first episode for you since Dramabeans doesn’t have it. But I honestly do not have the time. I’m just taking a not-so-quick break from my thesis time. So this time around, I’ll only share my thoughts on the first episode. Read on for more!

Basically, it’s Kim So-eun and Lee Jong-hyun together. I’m fond of both and the teaser looked quite fun. 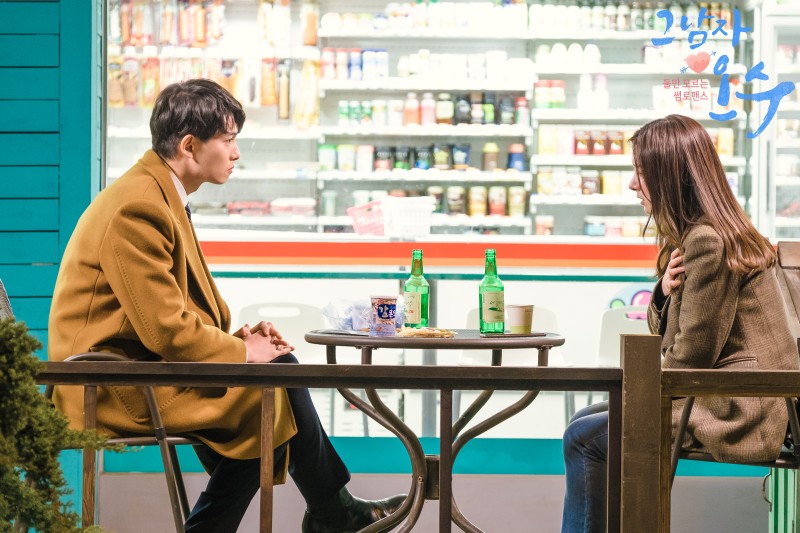 Let’s get all the negatives first. Good lord, the cringe factor is kinda high and frequent but at least they make me laugh? There’s a bit of gratuitous feeling to the shots too, especially on Kim So-eun, which I’m kind of uncomfortable with. But then I guess guys in kdramas even have the gratuitous shower scenes so that should be fair. Lee Jong-hyun’s acting is still a bit stiff but then his character has a cold exterior too so it kinda works. I heard he’s feeling so much pressure for his first headlining drama. I do hope he gets more comfortable with his character as time goes by. I just hope he isn’t as stiff when we get to the swoony parts. I watched We Got Married, Lee Jong-hyun. I know you’re the cheesiest and cringiest person on earth. Hahaha! 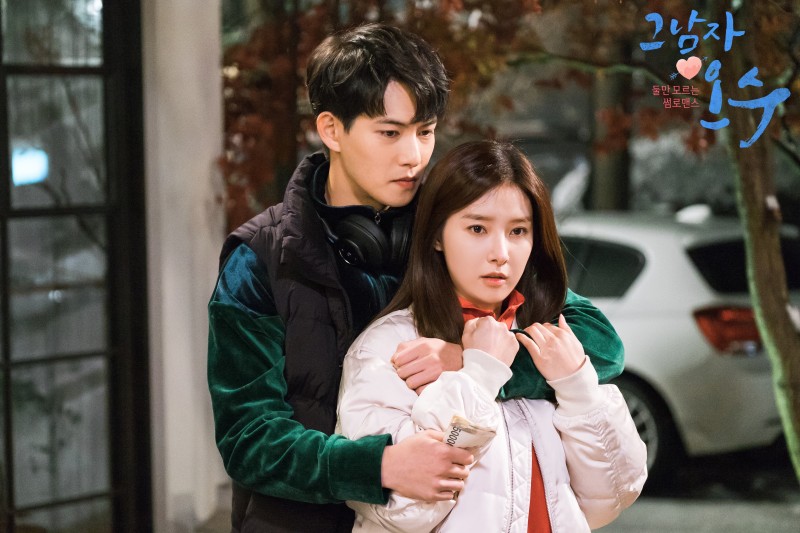 Anyway, the plot is kind of WTF with the magic pollen, which look like glitters in a jar, let’s be real. But I don’t mind that much, even with the laughable CGI, because it’s just the set-up. I actually like and am looking forward to the hijinks and shenanigans the magic pollen would bring. For one, it already made Kim So-eun’s character kiss Lee Jong-hyun’s, after having the craving-for-physical-touch pollen. HAHAHA. I also like that we’re teased about the world building behind the magic pollen. It’s not that straightforward as apparently, it’s been passed in his family, although Oh-soo is the successor in this generation and not his aegyo-filled-but-so-cringeworthy hyung. I’m curious enough about the magic pollen to not mind that they look like glitters. HAHAHA 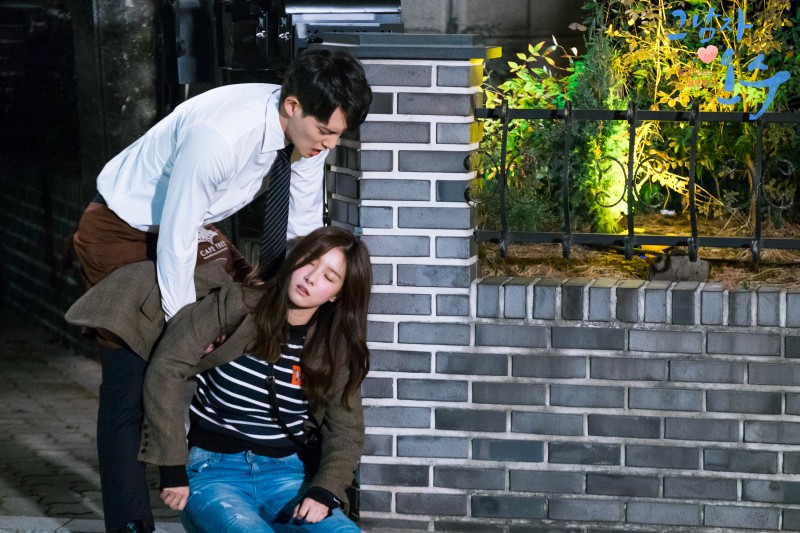 Even though Jong-hyun’s character is a cold person who doesn’t believe in love, I appreciate that he loves his family and is pretty much helpless when they come running asking him for favors. Especially when grandpa plays all the cards in the world for him to go to his matchmaking dates. I was confused whether to feel mad at grandpa for essentially blackmailing him all the time or playing the pity card but Park Geun-hyung halbae is sooooo damn endearing and cute while he’s at it that I just find myself laughing. Hahaha. I like that while Lee Jong-hyun’s character is the type to scoff at all the hassle Kim So-eun brings him, he’s still nice enough to help her. He might be brutally honest and cold, but at least he’s a decent human being. It’s not gonna be hard to ship them. Hee. 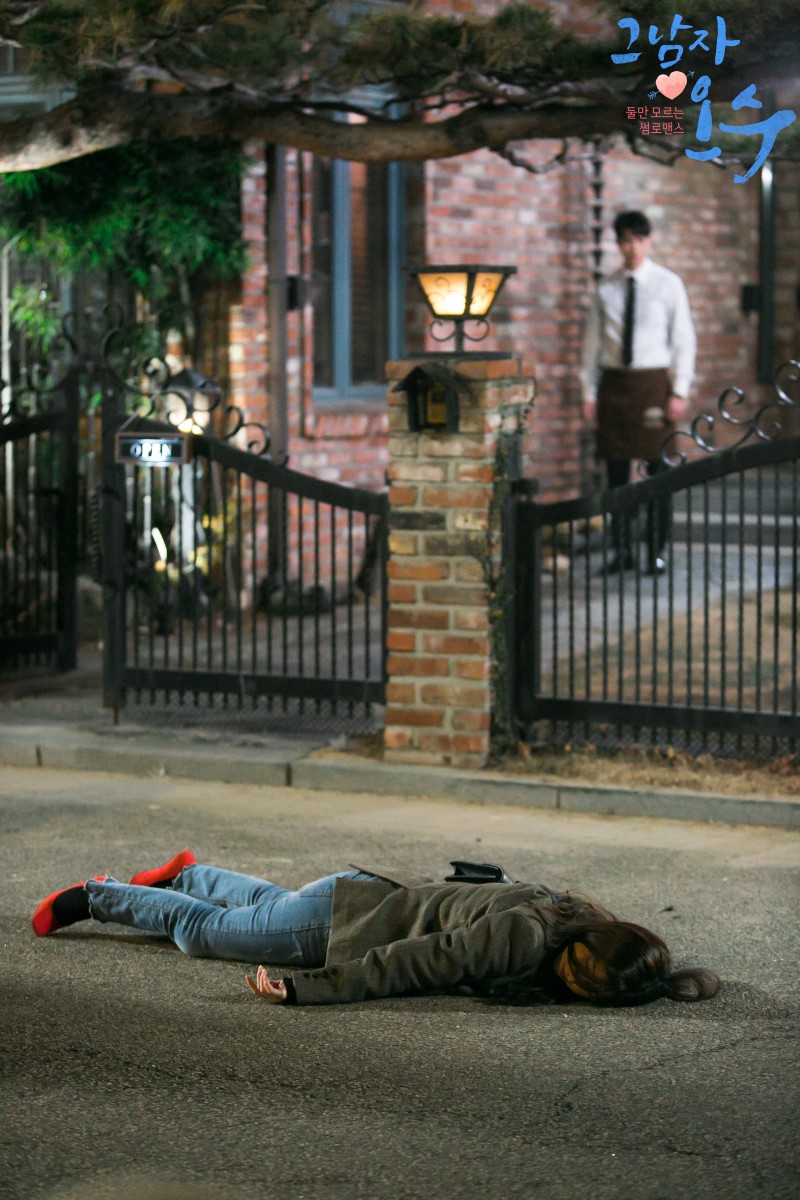 Kim So-eun’s character is spunky and righteous, and I already like her. While we haven’t seen her yet in her place of work (she’s a police officer), I can already see why she’d be one. She has a strong sense of justice. She spends the first episode getting dumped and drinking herself to almost-oblivion (seriously, she almost got hit by a car) but you still see her character shine through. It looks like she supports her younger sister/family all on her own and they have a bickering relationship. I want to get to know her more in the next episode!

Kang Tae-oh is a teacher at the school Kim So-eun’s sister goes to and he has a photo of him and another girl back when they were kids tuck into his planner and OF COURSE IT’S GONNA BE KIM SO-EUN. Hahaha. I mean, of course, right? It’s not a kdrama if someone and some other didn’t meet as kids! He obviously harbors a huge crush on her as she’s probably his first love and apparently he’s been looking for her. So far, Kang Tae-oh portrays a character I’ve seen him do before, which is basically a happy, smiley guy. Which is of course, the opposite of Lee Jong-hyun’s. So far he’s not an interesting character yet but we’ll see! 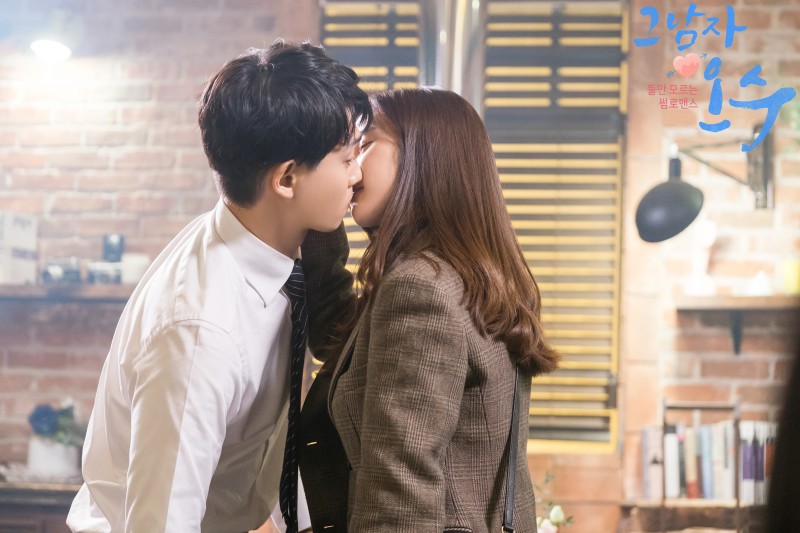 The one thing I’m surprised at this drama is that it flew by so fast! The first episode clocked in at 50 minutes but it didn’t feel long, which is a bit of a feat, especially for me who has a short attention span. And then it ended with a kiss so now I’m very curious and I’d want to see the second episode too! So good job at keeping me interested, Show.

VERDICT: Despite being cheesy and corny, That Man, Oh Soo was a light and breezy watch. And despite of it all, I found myself actually looking forward to the next episode. It made me curious to know the characters and the rules of the world they live in, what of these magical pollen and magical tree. I wouldn’t be bating my breath every week for new episodes but I can find myself casually watching this when I’m trying to unwind.