Today, I will be reviewing Let’s Eat, which I found so delightful. I got so obsessed with Let’s Eat that I finished this show in a week, despite being super busy with work. I’ve been sleeping less just so I can watch JUST. ONE. MORE. EPISODE. And now that time has passed since I finished it, I find that the more that I think about it, the more I love it? I wanna relieve it and rewatch it and when I go back to Seoul, I wanna visit the places they ate at. Now, I’m gonna profess my love for this show so I might get all fangirl-y in here. You’ve been warned!

END_OF_DOCUMENT_TOKEN_TO_BE_REPLACED

I’m doing weekly round-ups now, which will include any media I consumed for the past week, from Monday to Sunday. I’d be glad if you end up getting some recommendations but I’m only doing this as a form of a media journal (to make it easy to write reviews later on). And fine, an actual journal too. Here goes! (Three weeks worth because I barely had a life prior to the past week!)

END_OF_DOCUMENT_TOKEN_TO_BE_REPLACED

Ohmygod, I don’t even know myself anymore. That Man, Oh Soo is not a great drama, not by a long shot. But why do I find it so easy to watch? Seriously, I was shocked at the end of the second episode that it’s over and I didn’t find it boring or I didn’t have the itch to fast-forward the show. WHAT SORCERY IS THIS? HAVE I BEEN DRINKING THAT MAGIC POLLEN? I saw the second, third, and fourth episode all in one go so what does that say about the show? Or about me? Hahaha! Anyway, my thoughts on the show after the cut! END_OF_DOCUMENT_TOKEN_TO_BE_REPLACED

For today, I will be reviewing the 2017 drama special Queen of the Ring, starring Kim Seul-gi and Ahn Hyo-seop. I ended up watching this after one of my rewatches of Splish Splash Love and I just needed more Kim Seul-gi. I MISS HER DEARLY. I want her to headline a drama so badly but I know that seems unlikely. But how about a second female lead with her own loveline? Like Go Won-hee in Strongest Deliveryman? Or being cast in an ensemble drama like Laughter in Waikiki? I JUST WANT HER ON MY SCREEN IN A MEATY ROLE, KDRAMA GODS, JEBAL. Anyway, I’m getting off-topic so check out my review under the cut!

END_OF_DOCUMENT_TOKEN_TO_BE_REPLACED

HAHAHA what is with this poster? It looks like Lee Jong-hyun is all too happy to serve his customers laced drinks which killed them, while he has Kim So-eun and Kang Tae-oh as accomplices who just share a cup of coffee by the side. And that is why I used this much more interesting poster instead of the basic ones which focused on Jong-hyun and So-eun. Hahaha! Anyway, I wish I could recap with all the works for even just the first episode for you since Dramabeans doesn’t have it. But I honestly do not have the time. I’m just taking a not-so-quick break from my thesis time. So this time around, I’ll only share my thoughts on the first episode. Read on for more! END_OF_DOCUMENT_TOKEN_TO_BE_REPLACED

Oppa, we need you in a drama soon! Park Hae-jin is also one of my OG oppas. I even watched a family drama for him back then. HAHAHA More photos under the cut!

END_OF_DOCUMENT_TOKEN_TO_BE_REPLACED 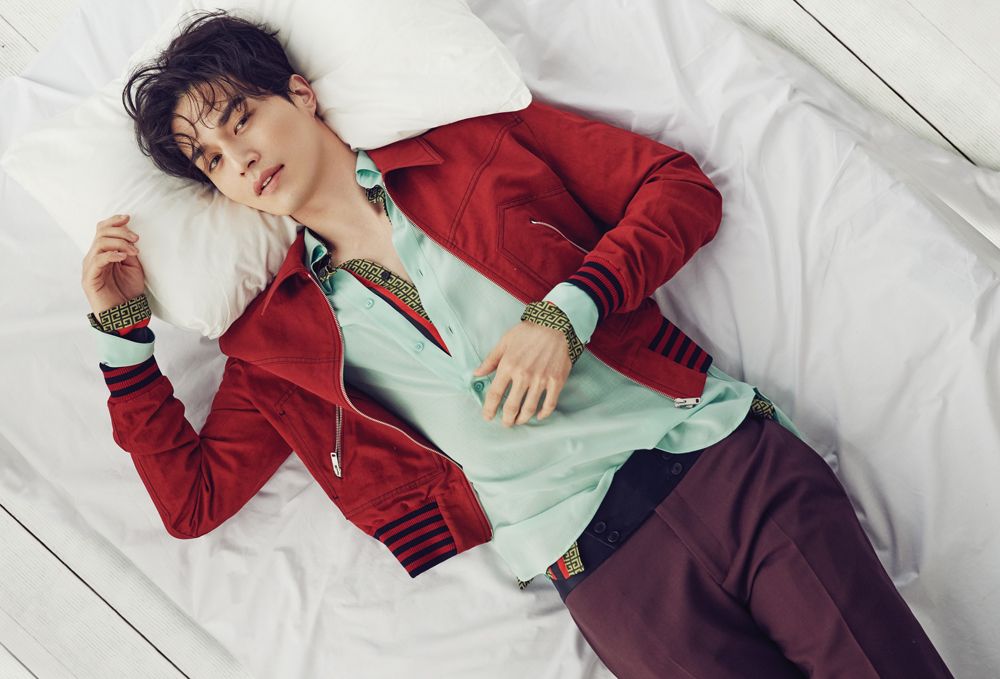 So I submitted this one for Dramabeans’ February Theme of the Month about OTPs but I crammed it and felt like it really wouldn’t see the light of day. It was almost incoherent and repetitive. It was so uninspired. But still, I figured I should just post it here on my blog because I still haven’t talked about Individualist Ms. Ji-young as much as I would like to in here. (It’s harder for me to talk about things that I love because I feel like words would never be enough to heap it praises.) Anyway, so forgive me for the quality of this post and lezgirit! END_OF_DOCUMENT_TOKEN_TO_BE_REPLACED

I only have 9 songs for you in here because I am obsessive by nature and so I listened to each of these songs repeatedly and quite exclusively for a few days or so. I also loooooove HunnyHunna’s whole MUSEUM album but I only included the track “Wonderland” in here, because that was my gateway track. “Mundo” by IV of Spades was my jam for most of Valentine’s Day and the days after that, since they dropped it on that day. Frankly, right now, I’ve been listening to G-Dragon’s songs because him going to the army has been taking up a lot of my brainspace and I just listen to his songs to not feel sad.

Anyway, do share your favorite songs as of late! I always need recs! My playlists are almost always kpop-only so I need new English songs!